A Romanian doctor working in France recently donated stem cells and managed to save the life of a Romanian diagnosed with leukemia. He urges others to follow his example: “Think of how satisfying it is to know that someone is living somewhere because of you,” he says.

According to the International Agency for Research on Cancer, approximately 2,000 leukemias are detected annually in Romania in adults and children, plus several hundred other cases of serious haematological diseases.

In some cases, the only chance the patient has is a stem cell transplant. A procedure that is successfully practiced in the world. Around 80,000 Romanians are registered in a national register of stem cell donors. In comparison, Germany has more than 9 million volunteers. The best chance of finding a compatible patient donor is in the area where you live.

Several years ago, Ionuț Petre, just past his adolescence, arrived at a center to donate blood. He was then asked if he would like to join the National Register of Voluntary Hematopoietic Stem Cell Donors. He didn’t stop to think. “Why not, if I can help someone,” the young man replied.

He did some analysis and then went on a waiting list. “Sometimes it takes years to get called. When I signed up, a blood sample was taken, tested for a specific protein, and entered into a database. When someone needs stem cells, the base is consulted, if a compatible donor is found. When I was called that I was compatible with someone, I was called to the hospital for a day, I had blood tests, they saw that I was healthy, that I didn’t have any viral disease, hepatitis, HIV and so on. ” , says Ionuț Petre.

In general, he knew what the whole donation process entailed. This is because, in the meantime, Ionuț Petre graduated from the Carol Davila University of Medicine and Pharmacy in Bucharest and now, at the age of 27, he is fully resident in endocrinology. He worked in Bucharest, at the CI Parhon National Institute of Endocrinology, until the autumn, when he chose to go to France, to Lyon, for a six-month training period, which he wants to extend.

Before leaving, he donated stem cells, and another Romanian was given a new chance at life.

“I was just excited because I had this chance. That was my first reaction and it is indescribable. I ended the trial before I left for France. The procedure itself involves a hospital stay of several days. You can choose either a peripheral blood collection, similar to a blood donation, but with a duration of several hours in which you are connected to a device or you can choose a central collection, with general anesthesia, through which stem cells are taken from the bone marrow. I chose the peripheral harvest. There may be some side effects, such as bone pain, because you are injecting for a few days, which is a growth factor, but I didn’t have it at all. At the same time, the patient was prepared. It is a coordination on several levels, but it is also very well done in Romania and I would like to be much more registered in this national register. It’s a special feeling to feel that you’re saving someone’s life. Technology has advanced a lot, medicine has evolved, technology has evolved, and now, people who in the past had no chance, can be saved “, says the doctor for g4media.ro. 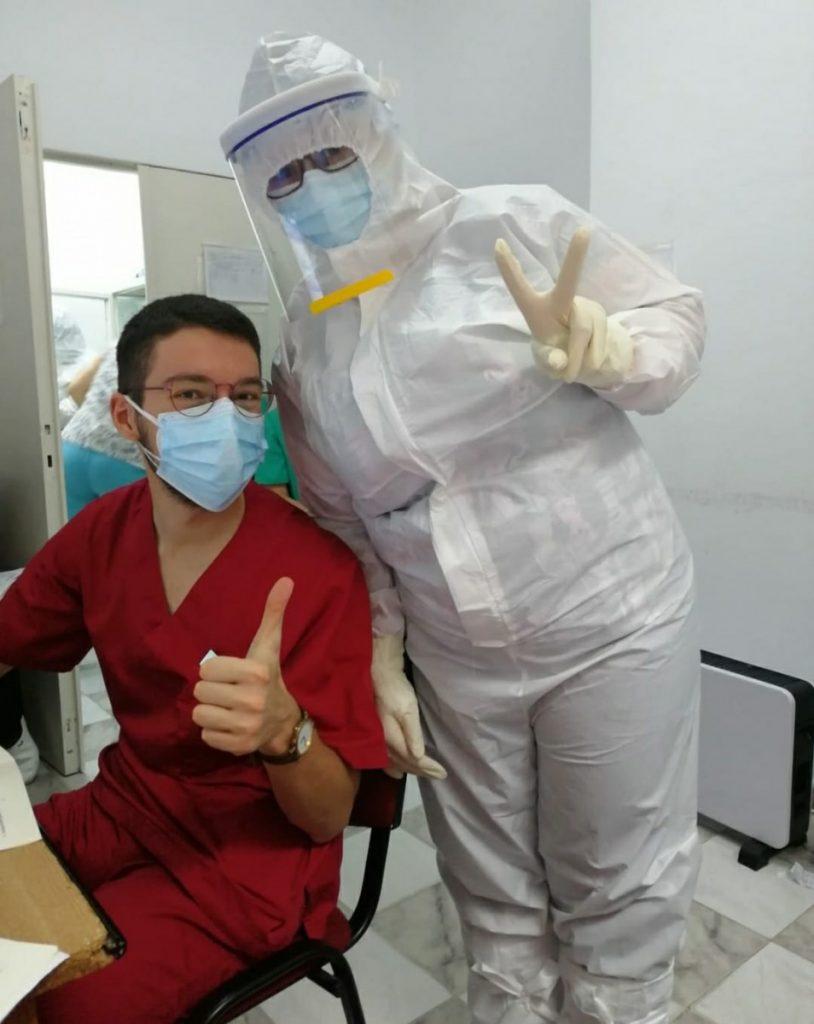 Can you interact with the person who received the stem cells? I asked the doctor.

“We can only communicate through the register, where I can send messages as I wish you good health, I hope you are well and so on. But everything is anonymized. All I know is that he is a 60-year-old Romanian. Of course I have all kinds of curiosities, but it’s good anyway, just to feel that I helped, that I could, that I tried. Sometimes it is very difficult to find a compatible donor. When someone suffers from a hematological disease and needs a transplant, first-degree relatives are checked – brother, father, sister. Then the farthest ones, then unrelated people are sought. The best chance of finding a compatible donor is in the country where you were born. Then we resort to this international register, of which Romania is also a part. There are people from Germany who donated for Romanians, there are Romanians who were compatible with people from other states and so on. I am at peace and I am left with the satisfaction of helping someone. We are people. Let’s not forget that. “

Hematopoietic stem cells have a special therapeutic potential because they normally ensure the formation of adult blood cells in the body: red blood cells, leukocytes (including B lymphocytes and T lymphocytes), platelets. Hematopoietic stem cells are used in particular for the treatment of serious diseases such as acute and chronic leukemia, bone marrow dysfunction, lymphatic cancers, defects in hemoglobin synthesis, anemia, blood clotting disorders, congenital diseases, immune system diseases, solid tumors, as well as hereditary metabolic diseases. Since 2011, Romania has a functional Register of Voluntary Hematopoietic Stem Cell Donors. The state register supervises the activity of recruiting, testing unrelated donors, for hematopoietic stem cell donation, mainly from bone marrow and peripheral blood, according to the standards of the World Association of Marrow Donors. The register is internationally accredited and is linked to similar registries around the world.

PREV Free days for absolutely all Romanians! It is the information of the moment for the employees from Romania – Capital
NEXT New Year’s Eve audiences 2022. How many were on TV at midnight

Poisonous like a Polish pork chop? Food under the NIK magnifying glass

Robinho cannot be arrested or extradited by Brazil, says

Fireball spotted ripping through the skies in Portugal and Spain

Russia’s conflict with Ukraine. Accounts of those living just behind the front line

LiveText Simona Halep – Alize Cornet, in the eighth round of the Australian Open / Simona pushes the match in the decisive set – Tennis

Russia’s conflict with Ukraine. Accounts of those living just behind the front line