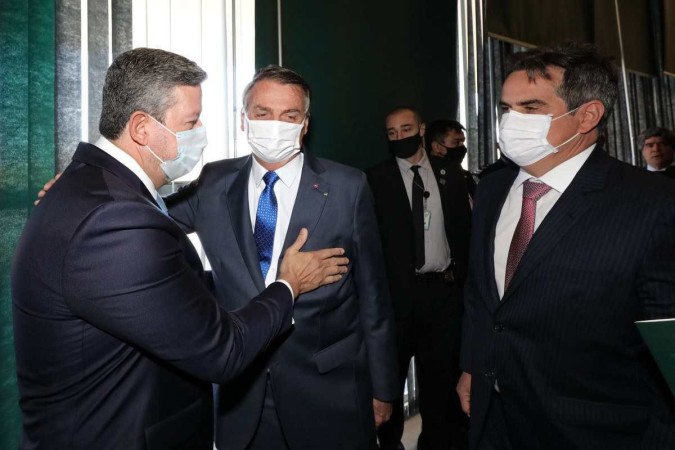 Three years after the election that promoted a major renovation in the Chamber and Senate, amid the anti-corruption wave that helped Jair Bolsonaro (PL) win the Presidency of the Republic, the balance of this period indicates that the same phenomenon should not occur in the election of 2022.

The current legislature began with 243 federal deputies elected for the first time, which corresponds to 47.3% of the seats in the Chamber. In the Senate, the change was even greater: of the 54 seats in dispute, 46 were occupied by newcomers — 85%.

Since then, however, the much-vaunted renovation has been limited to new faces. In these three years, several deputies and senators elected under the banner of pocketbookism ended up becoming opponents of the government, amid a succession of crises. This happened, for example, with PSL parliamentarians, due to an internal split in the party by which the president was elected. Without the support of Planalto, which involves, among other benefits, the release of amendments, many of these congressmen fell into anonymity.

At the same time, what was seen, in that period, was the strengthening of the so-called “old politics”, which pocket politics promised to eradicate. The Centrão, for example — a party bloc with no defined ideological coloration and which traditionally supports governments — became even more powerful when it allied with Bolsonaro. With control of the allocation of funds from parliamentary amendments, especially those from the secret budget, this group has privileged veteran politicians, who are gaining strength to try for reelection this year.

Another factor that can inhibit a major renewal in Congress is the value of the electoral fund, increased by Congress from R$ 2 billion to R$ 4.9 billion. The distribution of these resources, according to analysts, should favor candidates who are in office.

Bolsonaro’s falling popularity also has the potential to impact proportional elections. The president’s declared support for congressional postulants is unlikely to carry the same weight as it did three years ago.

On the other hand, the favoritism of ex-president Luiz Inácio Lula da Silva (PT) in the race for the Planalto, pointed out by the polls, may reflect positively on the campaigns of candidates from progressive parties in Congress. Another asset of this segment is the idea of ​​creating a federation of left subtitles.

“The shelving of Lula’s processes gave a lot of steam to the left in general and to the PT in particular. The PT had popular support below 15%; today, it reaches 28%. This will revert to votes”, says Antônio Augusto Queiroz, political analyst and director of documentation at the Inter-union Department of Parliamentary Advice (Diap).

According to him, the progressive parties, united in a federation, will dispute, under better conditions, the so-called electoral surpluses — vacancies not filled by the electoral quotient. “Whoever has the most votes in the group benefits. For example: the leftist parties, separated, would have 15 fewer seats than they will have together, as a federation”, emphasizes Queiroz.

The director of Diap also believes that conservative forces will have less potential in this election than in the past, because, today, there is not the same climate of contestation in the political system – which was packed by Lava-Jato, by the impeachment of President Dilma Rousseff ( PT) and by the large street demonstrations.

Professor Paulo Calmon, from the Political Science Institute of the University of Brasília (UnB), assesses that the elections will have a plebiscitary character for the pocketbook. “It is difficult to predict at this time, because we will be facing circumstances very different from those we faced in the last elections. But I would venture to say that the focus will be on managing the economy and the pandemic, putting the Bolsonaro government in check and making room for a great renovation in the Chamber”, he maintains. “In the Senate, where each state will elect only one congressman, changes tend to be minor.”

According to the professor, the scenario for the Pocket members will be much more adverse in the next election, because, “in addition to becoming a ‘showcase’, they will have to face not only the competition of a federation of left-wing parties, but also of other central parties. -right who rejected the alliance with the president’s supporters”.

The political scientist and researcher Leonardo Queiroz Leite draws attention to the possible impacts that the construction of a third way, formed by acronyms of center-right, will have on proportional elections. “One issue that we have to observe is the strength that the so-called third way will have, especially after the affiliation of (former Lava-Jato judge Sergio) Moro ao Podemos. It is a conservative, right-wing camp, but not a crude right-wing camp. , strident, extremist, denial, like the one with Bolsonaro,” emphasizes Queiroz.

He also shares the view that this should not be a positive year for candidates looking to peg their image to that of the president. “It is necessary to observe the decline of Bolsonaro, which is increasingly evident, with high failure rates, falling popularity, in short. This tends to reflect on those congressional candidates trying to go on this wave, which, in my opinion, should be weaker than that of the Pocketnarismo, the Antipetismo, the Lavajatismo, which boosted Bolsonaro and a large bench”, believes the specialist.

PREV Nine years after the ‘Miracle do Horto’, Turco and Victor meet again at Galo
NEXT The case of a drunken judge who got caught up in the police is behind closed doors

Coronavirus in Poland today. How many infections and deaths on January 18. New ministry data

Government starts paying the gas voucher; see calendar and who is entitled | Economy

6-year-old boy dies with covid-19 at Santa Maria Hospital. Cause of death under investigation

A year ago in a suit, and now … Leo Messi surprised during the FIFA The Best gala

6-year-old boy dies with covid-19 at Santa Maria Hospital. Cause of death under investigation

A year ago in a suit, and now … Leo Messi surprised during the FIFA The Best gala