Xiaomi has in Redmi a sub-brand with some operational independence, even if it depends on the infrastructure of the parent company to produce and develop its mobile devices. Therefore, very soon we will have a new smartphone with some luxury features present in the Xiaomi 12. Namely, the new is coming Xiaomi Redmi K50 Gaming Edition.

It is important to note first that this phone – Redmi K50 Gaming Edtion – should arrive in Europe with another name. In fact, it will likely be launched by POCO in Europe as an enhancement to its smartphone range for 2022. In the meantime, we have new information about the product in question.

The Redmi K50 Gaming Edition smartphone was certified by the Chinese agency 3C where it declared its 120 W fast charging for the battery. A feature that, until now, was reserved for the new Xiaomi 12 product range.

For the consumer, this charging speed will speed up one of the most annoying processes that we cannot escape from. That is, the entire charging process which, with the new 120 W standard, is reduced to less than 20 minutes plugged in.

Phone will arrive with a powerful USB charger

It’s important to note that this Xiaomi smartphone will also bring a plug adapter / USB charger with support for the bold fast charge standard. Likewise, we also point out that the model number identified by the agency is 21121210C.

On the other hand, as usual with certifications issued by the 3C agency, there are no further details about the phone to be revealed in the technical sheet. Nevertheless, the leaker Digital Chat Station has released various details about this product. 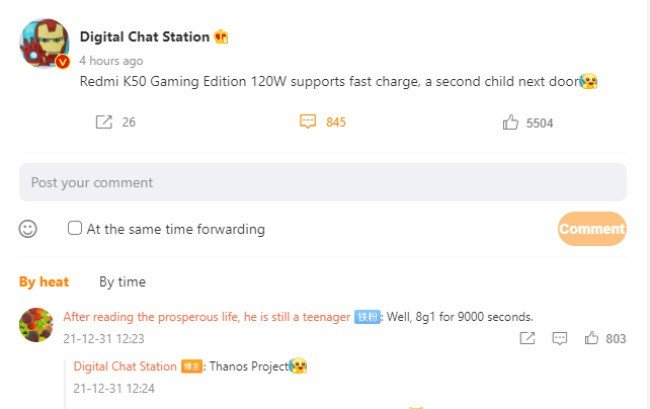 Therefore, in addition to the certification by the 3C agency, we also have the information disclosed by one of the most useful and reliable sources in this sector. mobile. More specifically, with the publication on the Chinese social network Weibo (excerpt above), we have confirmation of this luxury attribute for the next Xiaomi Redmi smartphone.

On the other hand, as we disclosed earlier on 4gnews, this Xiaomi phone will feature MediaTek’s Dimensity 9000 processor. This is the manufacturer’s most advanced chip to date, produced by TSCM according to 4 nm lithography. 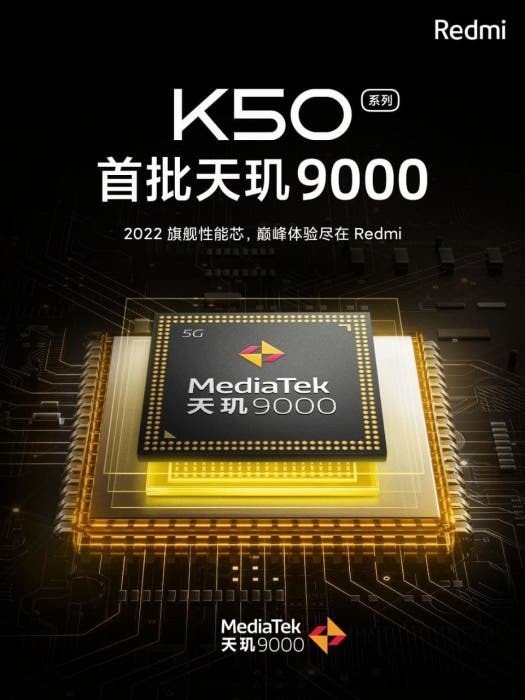 The new processor directly competes with Qualcomm’s new Snapdragon 8 Gen 1, as well as the most powerful mobile processors on the market. It uses the ARMv9 architecture as well as a 4 nm lithograph from TSMC.

This means that processing power will be a generation ahead of current smartphones on the market. It will have an 18-bit HDR-ISP image processor, as well as a big core for extra performance – Cortex-X2.

In short, we’ll have more processing power and lower energy consumption for the next Xiaomi Redmi K50 Gaming Edition, a phone that still doesn’t have an official launch date.

Finally, it is expected that the new product will already have the MIUI 13 pre-installed, based on Google’s Android 12.

PREV Weather forecast – Saturday, January 1, 2021. IMGW II degree alerts for part of the country. Check the forecast (01/01/2021)
NEXT ‘People with Disabilities in the History of Brazil’

Fixed Internet price has been coming down! Did you notice?